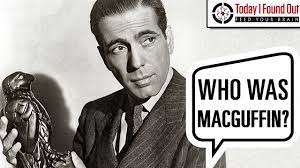 You are here: Home / Sales Craft / Your demo is a MacGuffin

What is a MacGuffin? A MacGuffin a plot device the characters in a film or story are very concerned with that drives the drive, however, you as the outside viewer couldn’t care less about it.

Think of it, the only person that cares about your demos is you and your sales team.

Your prospects don’t care about your demo, they care about how you can help, how well you will support them, your price, who your customers are, maybe they care about some of your features. Your demo? Well, that is not even close to a top priority for them.

Let’s face it, your demo is your MacGuffin.

I know what you are saying, how can my prospects not care about my demo? Do they just want to know what my product can do? Almost every sales funnel has a stage “demo”. Demos are important.

Yes, they are important, they drive the plot for the movie that stars you and your prospect. The demo drives the action but is not central to the action.

Think of it, what happens during a poor demo?

Boring! Nobody is excited, except maybe the person running the demo, and nothing is learned about the prospect’s needs, desires, wants, pains, etc.

Think of it, any sales trainer or training never trains how to run a demo. A trained monkey can run a demo. Let’s look at the crux of some commonly used selling systems;

Apologies if I’ve missed your favorite one, but you get the point, not a single effective selling system that is worthwhile following pays any attention to your demo.

Ok so you have a demo as part of your process, what do you do?

Here’s a story of one of my sales reps from Duo Security, Hiroki Saotomi. He knew how to run a demo.

Once the prospect agreed to a demo, Hiroki would ask what was the main thing they wanted to learn from the demo. When demo day came, he was ready, he had his deck, he had the platform, he was ready. Once it started, he’d HAMMER his prospects with questions. It was done eloquently and without the feel of an interrogation, but he’d show something then ask about ten different things. At the end of the demo, Hiroki had a crystal clear understanding of his prospect’s needs, desires, and objectives.

His prospects learned just enough about the product to sign on the line that was dotted.

Think about your prospects and their technical needs. There are probably at least half a dozen companies that can solve their technical problem, all circling a similar price point.

Following a successful career in start-ups as a director of sales and sales operations at JoVE.com, Duo Security (acquired by Cisco), and FatStax (acquired by BigTinCan), Mark started Data Sales Science, a fractional sales operations consulting and sales enablement VAR. His company's mission is making sales cyborgs; reps that can run faster & shoot straighter. This is done through statistical analysis, sales stack & process optimization, all wrapped in clear and concise reporting. This process enables companies to hone in on their ideal customer profiles, personas and scale their sales system in an efficient and measurable way.

Ready to take your next step?

Schedule a quick call with a data scientist